The new MacBook Pro features a 1080p camera, the best audio system in a notebook, and the most advanced connectivity ever in a MacBook Pro.

The new MacBook Pro also features a stunning Liquid Retina XDR display, a wide range of ports for advanced connectivity, a 1080p FaceTime HD camera, and the best audio system in a notebook. Combined with macOS Monterey, which is engineered down to its core to take full advantage of M1 Pro and M1 Max, the user experience is simply unrivaled.

Shattering the limits of what a notebook can do, MacBook Pro is designed for developers, photographers, filmmakers, 3D artists, scientists, music producers, and anyone who wants the world’s best notebook.

The new MacBook Pro joins the 13-inch MacBook Pro with M1 to form the strongest lineup of pro notebooks ever. Customers can order the new 14- and 16-inch MacBook Pro models today, and they will be available beginning Tuesday, October 26.

“The new MacBook Pro simply has no equal and is by far the best pro notebook we’ve ever built.” 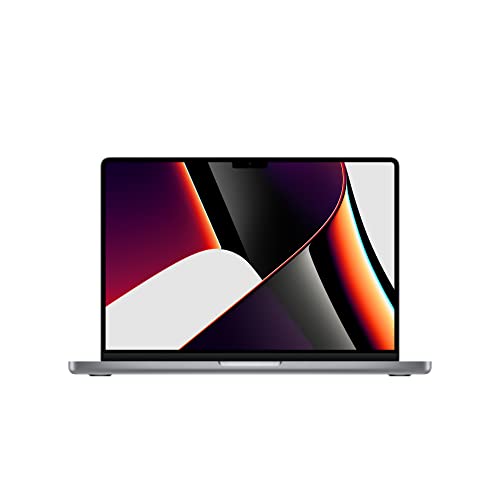 “The all-new MacBook Pro adds a breathtaking XDR display, more ports like MagSafe 3, an advanced 1080p camera, and a sensational six-speaker sound system, all in a stunning new design. The new MacBook Pro simply has no equal and is by far the best pro notebook we’ve ever built.”

M1 Pro takes the groundbreaking architecture of M1 to a whole new level. Featuring a powerful up-to-10-core CPU with eight high-performance cores and two high-efficiency cores, along with an up-to-16-core GPU, M1 Pro delivers up to 70 percent faster CPU performance than M1, and up to 2x faster GPU performance.

M1 Pro also delivers up to 200GB/s of memory bandwidth — nearly 3x the bandwidth of M1 — and supports up to 32GB of fast unified memory. Designed to dramatically speed up pro video workflows, M1 Pro adds a ProRes accelerator in the media engine, delivering unbelievably fast and power-efficient video processing.

M1 Max — the world’s most powerful chip for a pro notebook — builds on M1 Pro, taking its amazing capabilities even further. M1 Max features the same powerful 10-core CPU as M1 Pro, and doubles the GPU with up to a massive 32 cores for up to 4x faster GPU performance than M1. It also has up to 400GB/s of memory bandwidth — 2x that of M1 Pro and nearly 6x that of M1 — and up to 64GB of fast unified memory.

With even the latest PC laptops topping out at 16GB of video memory, having this huge amount of memory available is game-changing for pro workloads, allowing pros to do things that were previously unimaginable on a notebook.

As a result, pros can edit up to 30 streams of 4K ProRes video or up to seven streams of 8K ProRes video in Final Cut Pro — more streams than on a 28-core Mac Pro with Afterburner. And for the first time on any Mac, video editors can grade color in HDR on 8K ProRes 4444 video on battery when they’re miles away from the edit bay.2

The new MacBook Pro pushes the limits of what a notebook can do, delivering incredible performance and all-new capabilities.

Both M1 Pro and M1 Max are supercharged with a 16-core Neural Engine, allowing users to enjoy faster ML tasks, including:

When compared to the previous generation, the new 16-inch MacBook Pro delivers massive gains in performance for the most complex workflows in areas that matter most for pros.4

With the 16-core Neural Engine on both M1 Pro and M1 Max, ML tasks are faster than ever on the 16-inch MacBook Pro, including:

From pro workflows on the go to everyday tasks, MacBook Pro delivers remarkable power efficiency for breakthrough performance — whether users are plugged in or using the battery — and extraordinary battery life, so they can get even more done on a single charge.

When compared to the previous-generation MacBook Pro on a single charge:5

Featuring a beautiful, brand new design, the 14- and 16-inch models of MacBook Pro were designed with a focus on performance and utility. Its all-new aluminum enclosure optimizes internal space for more performance and features.

The enclosure is precisely machined around an advanced thermal system that can move 50 percent more air than the previous generation, even at lower fan speeds.

The thermal design enables MacBook Pro to deliver phenomenal sustained performance while staying cool and quiet. And because of the efficiency of Apple silicon, the fans never even have to turn on for most tasks users perform every day.

The new MacBook Pro also comes with a Magic Keyboard that is set in a double-anodized black well, which elegantly highlights the backlit glyphs on the keys, and features a full-height function row. Physical function keys — including a wider escape key — replace the Touch Bar, bringing back the familiar, tactile feel of mechanical keys that pro users love.

The new keyboard is complemented by the industry-best Force Touch trackpad that is perfect for pro applications.

The extreme dynamic range brings HDR content to life with unbelievable detail in shadows, brilliant specular highlights, deeper blacks, and more vivid colors than ever before. It has a gorgeous P3 wide color gamut and supports one billion colors for smoother gradients.

ProMotion technology also comes to the Mac on this new display, featuring an adaptive refresh rate up to 120Hz. ProMotion automatically varies the refresh rate to match the motion of a user’s onscreen content to help preserve battery life, and makes tasks more fluid and even more responsive.

Video editors can also lock in a refresh rate that is optimal for their footage. The combination of the outstanding XDR performance and super-fluid ProMotion technology make this the world’s best notebook display.

Both models come with a larger display than the previous generation — the 16-inch model offers an expansive 16.2-inch display6 with 7.7 million pixels, the most ever on a Mac notebook. And the 14-inch model gives users more screen real estate than before, with a 14.2-inch active area7 and a total of 5.9 million pixels — more pixels than the prior 16-inch MacBook Pro.

The display features even thinner borders and extends up around the camera to provide users with even more room for their content. Whether users are watching a movie or grading 8K video, the new display offers a beautiful cinematic viewing experience.

Most Advanced Connectivity Ever in a MacBook Pro

The new MacBook Pro features the most advanced and versatile connectivity ever on a Mac notebook. Both models feature three Thunderbolt 4 ports to connect high-speed peripherals, an SDXC card slot for fast access to media, an HDMI port for conveniently connecting to displays and TVs, and an improved headphone jack that supports high-impedance headphones.

MagSafe returns to MacBook Pro with MagSafe 3, featuring an updated design and supporting more power into the system than ever before. MagSafe 3 makes connecting a charge cable quick and easy while protecting MacBook Pro. Additionally, fast charge comes to the Mac for the first time, charging up to 50 percent in just 30 minutes.

Best Camera and Audio Ever in a Mac Notebook

The new MacBook Pro comes with a 1080p FaceTime HD camera — the best ever in a Mac notebook — doubling resolution and low-light performance. The camera system taps into the powerful image signal processor (ISP) and Neural Engine of M1 Pro and M1 Max for computational video that enhances video quality — so users appear sharper with more natural-looking skin tones.

The sound system also supports spatial audio, which creates a sophisticated, three-dimensional listening experience. So whether users are listening to music or watching a movie in Dolby Atmos, they will get a theater-like experience. Altogether, this is the best audio system ever in a notebook.

The new 14- and 16-inch MacBook Pro come with macOS Monterey, the latest version of the world’s most advanced desktop operating system. The combination of macOS Monterey and the powerful new M1 Pro and M1 Max delivers breakthrough performance and productivity for users.

Coming later this fall, SharePlay will enable Mac users to have shared experiences together through FaceTime, and Universal Control will make it easy for users to work effortlessly across their Mac and iPad.

With macOS Monterey and Apple silicon, Mac users can run a greater range of apps than ever before. All of Apple’s Mac apps are optimized for and run natively on M1 Pro and M1 Max, and there are over 10,000 Universal apps and plug-ins available, including Lightroom Classic, Cinema 4D, Capture One, and many more.

Existing Mac apps that have not yet been updated to Universal will run seamlessly with Apple’s Rosetta 2 technology, and users can also run iPhone and iPad apps directly on the Mac, opening a huge new universe of possibilities.

New MacBook Pro is Better for the Environment

Both models are also built with 35 percent or more recycled plastic in seven components, and all of the packaging wood fibers are from responsibly managed forests or recycled sources.

Today, Apple is carbon neutral for global corporate operations, and by 2030, plans to have net-zero climate impact across the entire business, which includes manufacturing supply chains and all product life cycles.

This means that every Apple device sold, from component manufacturing, assembly, transport, customer use, charging, all the way through recycling and material recovery, will be 100 percent carbon neutral.

The new MacBook Pro models with M1 Pro and M1 Max are available to order today on Amazon, Apple and other retailers.

About Karen Maldonado 55 Articles
Hi, I'm Karen. I've been writing about innovation and technology for the past 10 years. I love trying out new gadgets as soon as they come out - whether they be the latest smartphones, fitness trackers or even kitchen appliances! I have a degree in computer engineering, so I really appreciate good technology when I see it. When I'm not writing, I like to take long walks, practice yoga and listen to music.

Last Updated on October 15, 2022 Why a Ring Light With Stand? Have you ever watched a Vlogger or influencer on YouTube or TikTok, and wondered how their face is perfectly lit up no matter

Last Updated on December 12, 2022 Best Student Laptops for 2020 Whether you are going back to school or studying online, now is the time to buy the best student laptop. We did all the

Last Updated on October 15, 2022 BEST INTERNET RADIO PLAYERS BUYING GUIDE An Internet radio player is a device that is capable of receiving and playing streamed media from either Internet radio stations Internet radios